Feb. 1, 2019; By Ty Bollinger (thetruthaboutcancer.com) A new report has found that, for the first time, Americans are more likely to die of an opioid overdose than a car accident. The increase is directly and significantly associated with marketing efforts of the pharmaceutical industry.

As the truth begins to surface, pharma execs are finally being put on trial for their contributions to one of our nation’s greatest health crises in a generation. 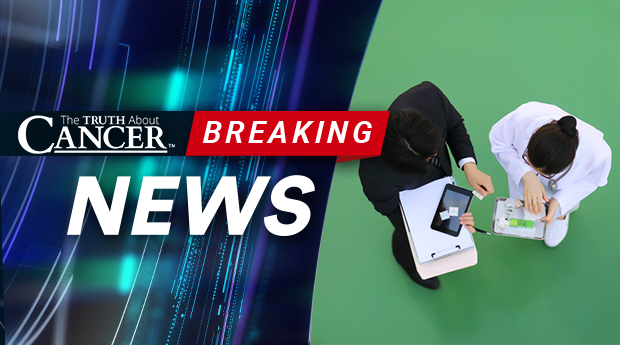 More than 100 people die every day from an accidental opioid overdose, and 40% of those deaths are from prescription painkillers. But prescription opioid drugs are responsible for the vast majority of these deaths since most people become addicted to prescription drugs before transitioning to more illicit opioids like heroin and fentanyl.

Companies like Purdue Pharma, the creators of OxyContin, have been charged with misleading doctors regarding the dangers of these powerful painkillers, but that hasn’t stopped the industry from aggressively marketing highly addictive opioid drugs to doctors all over the country.

In 2011, NPR published an article about addiction to Oxycodone, one of the most common opioid prescriptions in the United States. Florida doctors prescribed 10 times more oxycodone than the rest of the country combined. Over the past 10 years, a West Virginia town with just over 3,000 residents has been flooded with opioid drugs – over 21 million, to be precise. That’s about 6,500 pills for each resident.

A 2014 survey by the Substance Abuse and Medical Health Services Administration found that there are over 4 million non medical painkiller users. In fact, over 10% of Americans had used an illicit drug within 30 days of the survey.

And those trends have only increased in recent years. In 2017, 47,600 people died from an accidental opioid overdose, almost double the numbers from 2010.

The problem has become so bad that Americans have a 1 in 96 chance of dying by accidental opioid overdose. Those are higher odds than deaths from car accidents, falls, gun assaults, drowning, or fires. Opioid overdose is now the number one cause of accidental death in the nation. Life expectancy has declined in recent years, due to a spike in preventable deaths, like overdosing.

The pharmaceutical companies profiting from these drugs and the regulatory bodies responsible for them have utterly failed us. And after years of pumping prescription poison into every corner of the nation, the use of illicit drugs has skyrocketed. It is not an overreaction when I tell you that the opioid crisis is a national catastrophe. And like most catastrophes stemming from the pharmaceutical industry, it’s been fueled by greed.

The Role of Pharmaceutical Marketing:

Pharmaceutical companies have long been accused of deceptive marketing tactics. They’ve spent billions of dollars on direct marketing to physicians. About 3 of every 4 doctors have financial ties to big pharma, receiving money, meals, consulting fees, and other gifts from drug reps. I reported a few months ago about an orthopedic surgeon who received nearly $2,000,000 from companies who manufacture hip and knee replacements.

There’s little doubt that the billions of dollars that pharmaceutical reps spend on physician marketing has a significant influence on doctor behavior.

These companies have also been accused over and over again of misleading doctors. Since the introduction of OxyContin, doctors have been repeatedly told that the drug is safe and effective, despite overwhelming scientific evidence that says otherwise.

But until now, there have been no studies that clearly show a connection between pharmaceutical marketing and the opioid epidemic.

In the study published in the JAMA Network Open this month, researchers found that marketing of opioid products to physicians was associated with increased opioid prescribing and elevated mortality from overdoses. Between 2013 and 2015, about 1 in 12 doctors received opioid-related marketing. For family physicians, roughly 20% received opioid marketing. 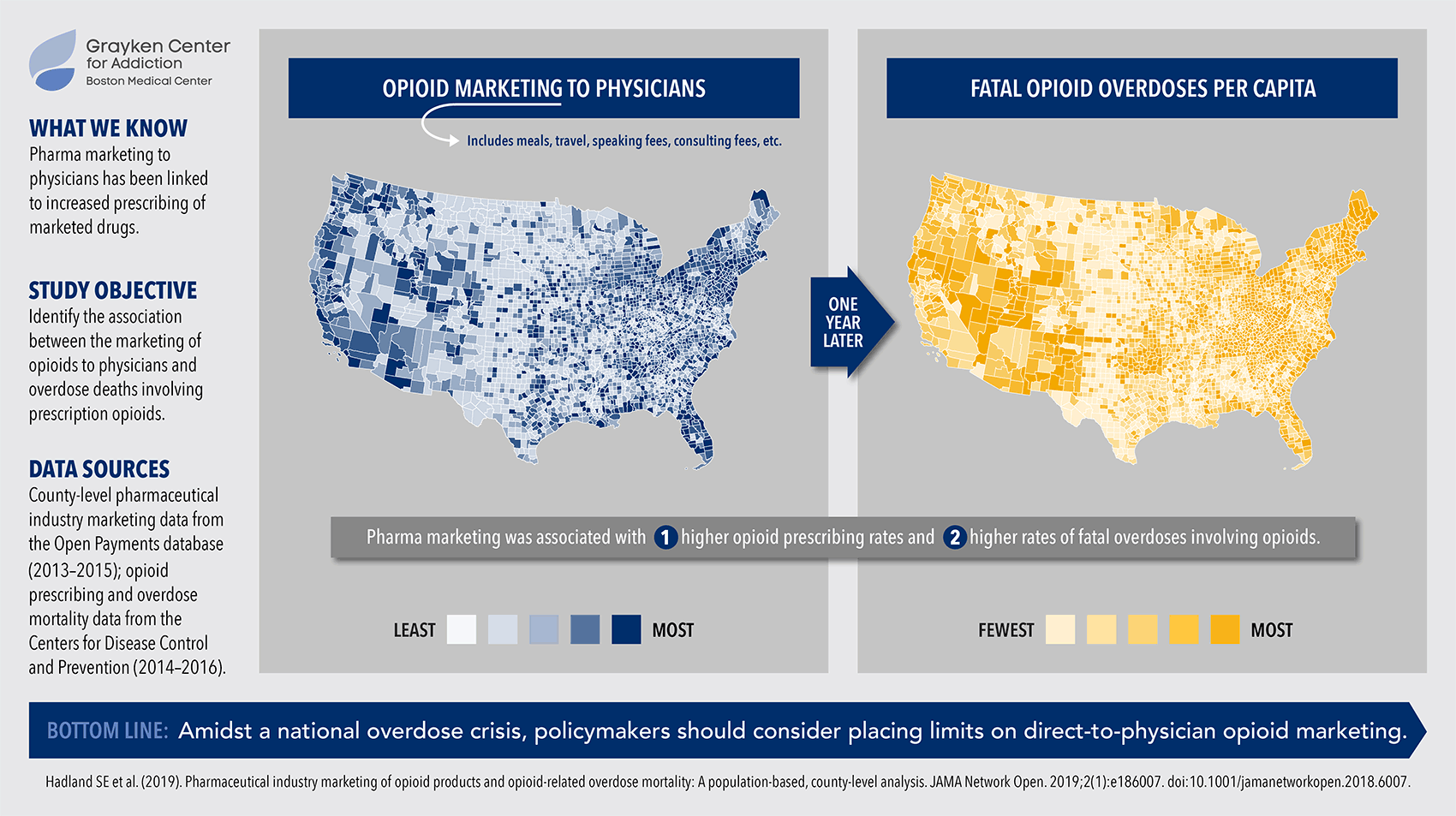 What’s especially interesting is that the number of gifts affected opioid mortality more than the value of those gifts. In other words, every time a pharma rep interacted with a doctor about opioid drugs, the mortality rate from opioid overdose in that county went up. This direct marketing of opioids to physicians costs the pharmaceutical industry tens of millions of dollars each year and is directly and significantly associated with overdose mortality.

The researchers are very clear about the implications of the study:

The United States continues to vastly exceed the rest of the developed world in opioid prescribing, and many individuals with opioid use disorder are first introduced to opioids through a prescription. Our findings suggest that direct-to-physician opioid marketing may counter current national efforts to reduce the number of opioids prescribed and that policymakers might consider limits on these activities as part of a robust, evidence-based response to the opioid overdose epidemic in the United States.”

The authors acknowledge that the association could be interpreted in reverse. It’s possible that pharmaceutical reps have been targeting doctors who already prescribe more opioids, though this explanation seems less likely. Plus, the idea that sales reps for opioid products are targeting counties with elevated opioid overdose mortality is considerably more sinister than the original conclusion.

Manufacturers should care about the wellbeing of patients and do everything in their power to inform physicians of the addictive nature and severe danger of these drugs. But there’s too much money to be made. And that’s why pharmaceutical giants continue to pay tens of millions to doctors who prescribe their drugs. The more opioids a doctor prescribes, the more money he gets from the manufacturer. It’s not just morally corrupt; it’s criminal.

Fortunately, we’re beginning to see a significant shift in the way U.S. regulators and courts treat pharmaceutical companies who practice fraudulent and unethical marketing practices. In 2007, Purdue Pharma saw three of its executives convicted of criminal misbranding. Purdue Frederick, a holding company for Purdue Pharma, pled guilty to felony charges for telling doctors that OxyContin was safer and would cause less abuse and addiction than other opioid drugs.

Yesterday, Reuters reported that John Kapoor, the founder and former chairman of Insys Therapeutics Inc., would face charges of conspiracy and bribery for a kickback scheme involving their powerful new opioid drug. Four more former executives will join Kapoor in going to trial for allegations that the company paid doctors to prescribe Subsys, an oral fentanyl spray intended only for treating severe pain in cancer patients.

More than 100 times stronger than morphine, fentanyl is a large contributor to the skyrocketing rates of opioid overdose in the United States. It’s important to remember that most people addicted to illicit opioids were first introduced through prescription pain killers. Those who use drugs like heroin or fentanyl most likely got their start using drugs like OxyContin and Percocet. 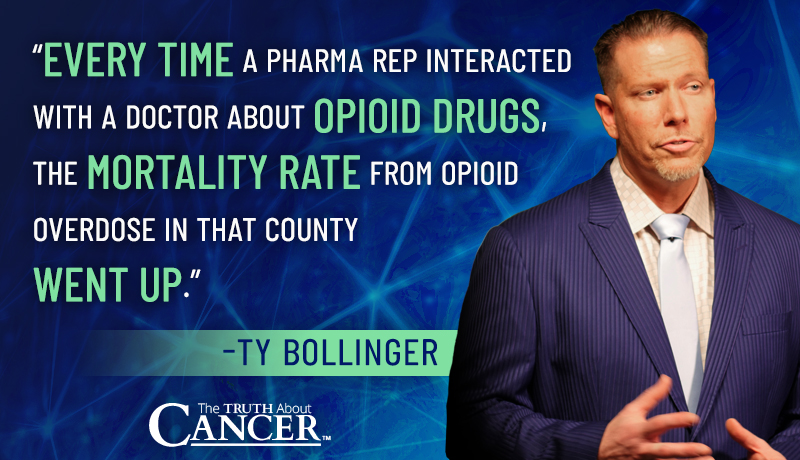 Insys’ former CEO and vice-president of sales have both pled guilty to carrying out the illegal scheme. As state’s witnesses, they say that they worked under Kapoor’s direction in order to boost sales of the powerful opioid drug. In addition to bribing doctors, the executives are also accused of defrauding insurers, by making them pay for drugs that were fraudulently prescribed.

There’s a lesson here, and it’s one that bears repeating loudly and often: Money runs the pharmaceutical industry. These drugs have become the leading accidental cause of death, and doctors continue to take money from drug reps, despite the body count climbing into the tens of thousands each year.

In an article covering the financial ties between doctors and pharmaceutical sales reps, we shared a way for you to know just how much influence big pharma has had on your doctor. Since 2013, federal law has required that payments to doctors by medical device and pharmaceutical companies be publicly reported. The database (which you can access here) has published over 11.5 million records between August 2013 and December 2017.

Politicians on both sides of the isle have begun to pay more attention to the pharmaceutical industry and their practices regarding opioid sales. In 2017, the president declared the opioid crisis to be a public health emergency. In October of last year, the Attorney General demanded that medical boards “be more aggressive” when it comes to investigating and punishing doctors who prescribe opioids frivolously.

These opioid drugs are a scourge on our nation. Be sure to talk to a holistic health practitioner about natural options to manage pain. There are many natural ways to manage pain, and they can be especially helpful for those dealing with side effects from conventional cancer treatments like chemotherapy and radiation. Doctors, like any of us, can be corrupted by money and gifts. Don’t let the pharmaceutical industry turn you into their next victim.

Before you fill that latest prescription, be sure you know who’s really pulling the strings.